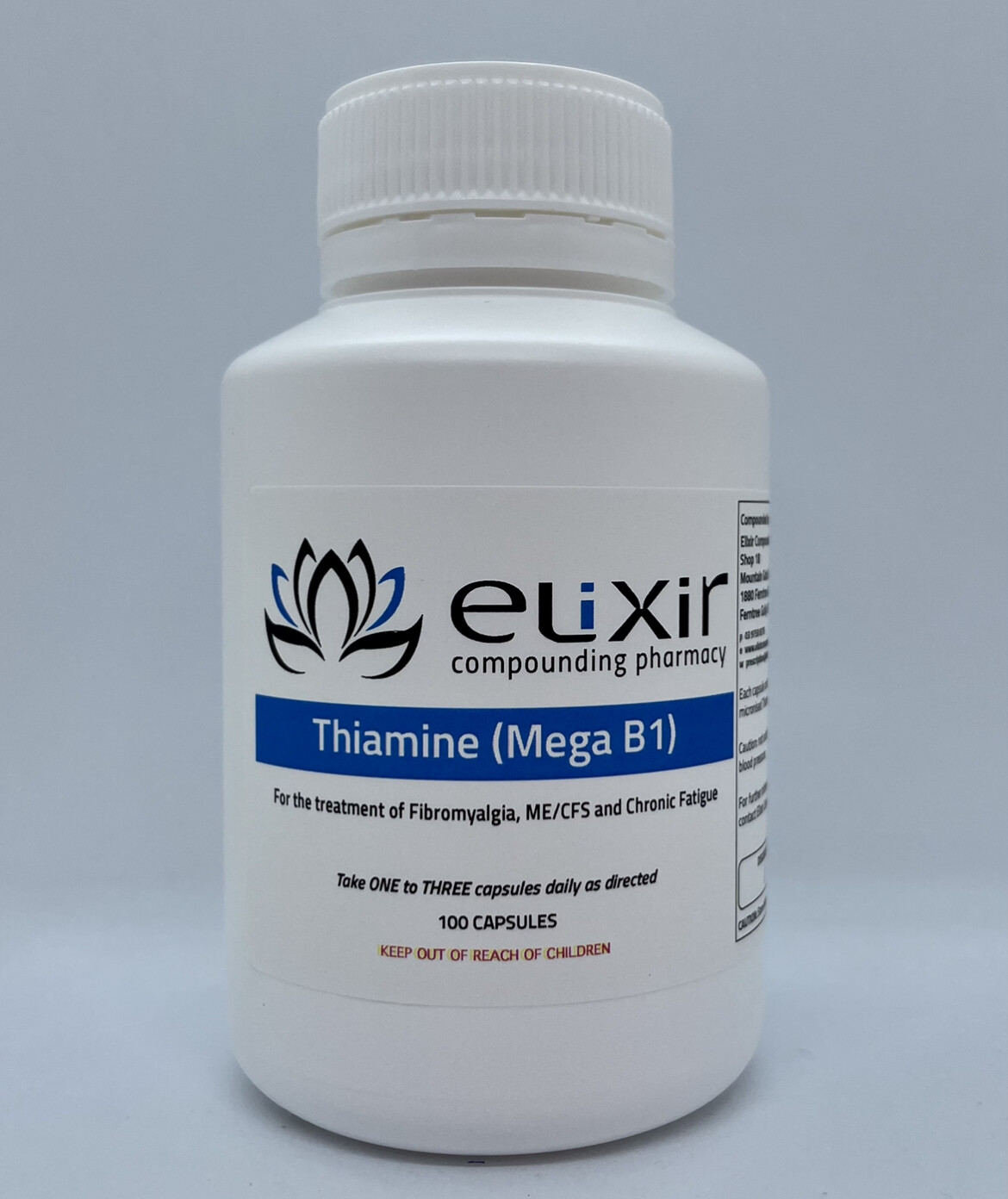 Thiamine (Vitamin B1) is an essential vitamin from the B group which is involved in a number of metabolic functions in the body. It helps turn food into energy to keep the nervous system health and is also critical for metabolising amino acids. It is also involved in the production of chemicals that allow nerves to communicate and pass nerve impulses, as well as for making genetic material such as DNA and RNA. Vitamin B1 is essential for the health of the brain, nerves and cardiovascular system. Large amounts of Vitamin B1 are found in skeletal muscles, the heart, the brain, the kidneys and the liver. Very little of this vitamin is stored by the body and it needs to be replenished regularly. There are no known cases of Vitamin B1 toxicity (or overdose).

New clinical research now indicates that the large majority of symptoms of fibromyalgia are the clinical manifestation of a mild to severe thiamine deficiency due to a dysfunction of the active transport of thiamine from the blood to the mitochondria or to enzymatic abnormalities.

Chronic fatigue caused by toxicity and oxidative stress is common in Fibromyalgia and ME/CFS. The overwhelming toxicity and chronic oxidative stress have the capacity to inactivate thiamine-dependent enzymes involved in the generation of cellular energy, producing biochemical changes which are similar to clinical thiamine deficiency.

The benefits of high dose thiamine:

- It reduces glutamate excitotoxicity in the nervous system

- It reduces hyperexcitability of neurons in the dorsal root ganglia

Directions: Take ONE to THREE capsules daily as directed.

Save this product for later
Display prices in: AUD